In recent months there has been a lot of discussion in the media and social media about how some sharing economy businesses are exploitative rather than being beneficial to society or their users. Certainly with headlines of “Uber drivers making less than minimum wage” there is going to be fear among the public that these huge new sharing economy unicorns are exploiting their users.

Nobody can argue that when hearing that Uber drivers are often earning less than minimum wage and some are putting in 80 hour weeks in order to make a living then something is clearly not right. Whether Uber need to cut the percentage fee they take from the driver or somehow running costs need to come down for the drivers, something needs to be done. 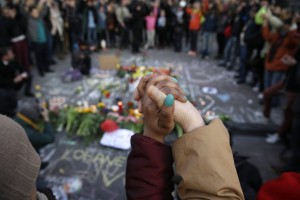 But to the benefits of Uber, many people in the UK will of experienced two scenarios all too many times before. It’s a Saturday evening and you are headed into town for a night out you ring the minicab company to be told they are exceptionally busy and the wait will be one hour, bang goes your plan for your night out, everything is delayed. Now you can switch on your app and visually see those cars driving near you with even at peak time often a maximum 5 minute wait.

To the second issue, all of us on the CareToShare team have been trying to get home at some point late in the middle of the night from central London only to be told by taxis and when calling for minicabs that we aren’t central enough so they won’t do the journey at that time of night. That whole issue has been solved with a plethora of drivers more than happy to accept your journey and pick you up within minutes taking you home for a charge less than that taxi would have charged you.

Another of the giants of the sharing economy that is currently disrupting the tourism industry is Airbnb and you can barely go through a couple of weeks without seeing an attack on the company. Either they are putting people’s homes at risk through vandalism or they are destroying other established possibly inefficient businesses? What about the positive aspects that nearly any location in the world can now be found on Airbnb and alongside them a variety of types of property to stay in.

Add to this the fact that users leave ratings building up a picture enabling trust as well as being able to see all the different facilities on offer at each property in an easy layout. It can be argued again that the benefits far outweigh the negatives and statistically the number of people who have come home to find their property severely damaged has been very small and it must be added they are covered by insurance. 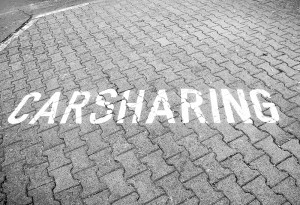 In any new industry there will always be time taken to get things right, mistakes will be made, new regulations may need to be put in place but with time usually they should become more efficient especially as other competitors come into the market. Perhaps there will need to be a governing body overseeing the sharing economy and its practises but either way it looks like the sharing economy is certainly here to stay.

Will there be negatives picked up about our offering at CareToShare? There’s no monetary aspect to pick on as users are choosing to truly share what they have in terms of knowledge, skills and tasks, we provide a guide to doing this safely and encourage all our users to follow this. We believe the benefit of people learning new things and meeting interesting people in the process is one truly worth all the effort and worth all the risk. Time will tell but we welcome people’s thoughts both on our progress and on the positives and negatives of other sharing economy startups.